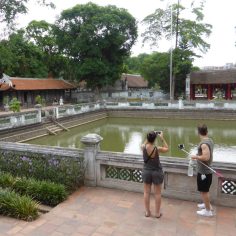 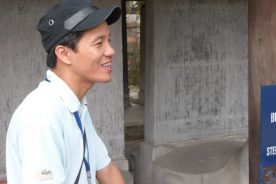 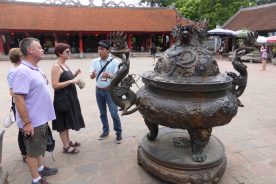 We visited the Temple of Literature, a link to the ancient dynasties that ruled Vietnam. This is the site of a university that began educating scholars in the 11th century. The men who were educated here were subjected to high stakes examinations upon which their future prospects hinged – it seems little has changed since that time. The temple honours Confucius and it was his teachings that were studied here. The king believed that Confucius taught people to lead happy, fulfilling lives. If this could be passed on to the people, then they would be happy and easier to rule.

This site uses Akismet to reduce spam. Learn how your comment data is processed.